“Through the Skin: Cultural Memory and Body Prosthetics in Silvia Giambrone’s Anatomical Theatre.”

On 12 July 2012 the artist Silvia Giambrone realized the performance Anatomical Theatre at MACRO Museum, Rome. In this performance a doctor sewed an embroidered collar on the skin of the artist with a surgical needle. Born in Agrigento, Sicily, Italy, Giambrone is very familiar with this type embroidery that is regarded as being a precious crafted product of the region. This paper explores the crucial connection in this work between the body, affect and cultural memory. By highlighting this connection I want to argue that cultural memory operates in and through bodies, thereby challenging the often-held belief that memory is a psychological, internal, abstract affair. Giambrone’s performance testifies to the capacity of even the simplest technologies of needle and thread to erase —even perforate— the skin as a boundary between body and object, between the self and the world, and between individual and collective. 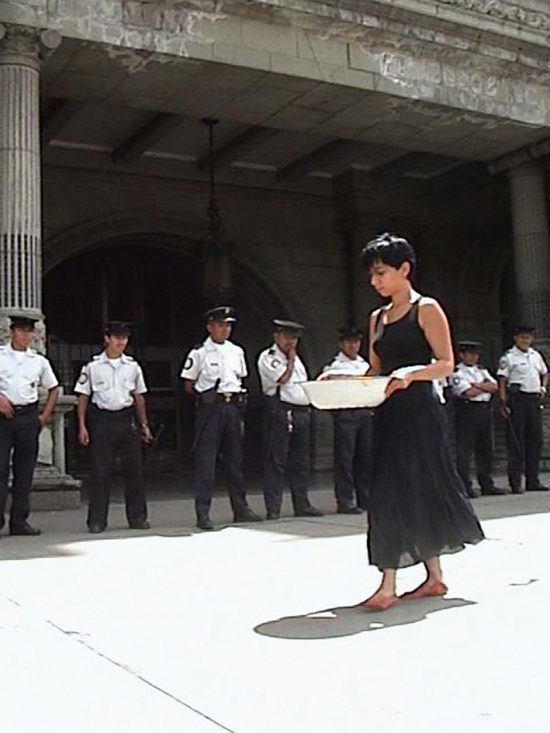 “Politics and Poetics in Latin America.” 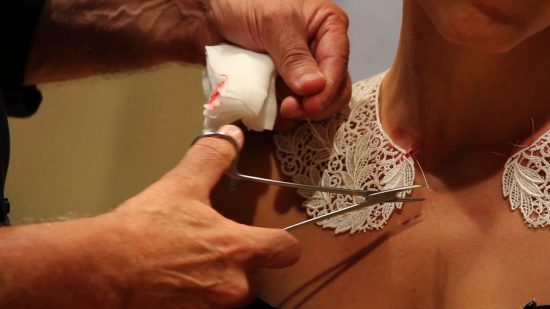 “Unfolding the YouTube Event: On the viewers of Silvia Giambrone’s Anatomical Theatre.” 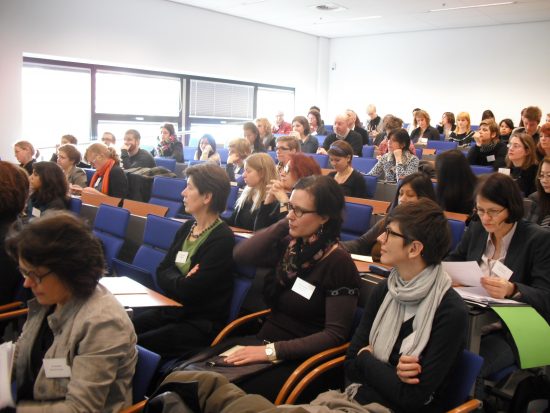 “Stillness and Movement of Images: New Perspectives on Temporality, Technology and the Senses in Feminist Theory.”